The fishing in Key West has been pretty good the last week or two. We are starting to see a gradual change in our fishery as the changing of seasons are approaching. As we get closer to our fall fishery, water temperatures are dropping a little bit from what they were mid summer. This is good. Cooler water means more oxygen. More oxygen helps fish swim around more thus making them more susceptible to feeding on what we’re enticing them with. A lot of typical bait that shows up in the fall and winter is starting to show up now as well. I have personally been out exploring with a couple other captains to a few different areas to get a grasp on everything that is going on in the waters off of Key West.

The flats and backcountry can be slow in the summer months, due to the rising of water temperatures and lack of oxygen. In the mid summer months we typically see better fishing earlier in the morning versus the afternoon when the sun has heated things up. As of now, we are seeing this change a little bit. The slight drop in temperature gives us a little more time throughout the morning to fish our spots. I am seeing about the same varieties of fish we get in the summer time, just more of them around. Lots of full grown mangrove snappers are in the shallow channels as well as structures that we find in the backcountry. Jacks of all types are also showing up real well. Jack crevalle, yellow jacks, and blue runners are storming through some of these shallow channels too. Barracudas and sharks are the predators this time of year, as they wait for any signs of struggling fish or blood! 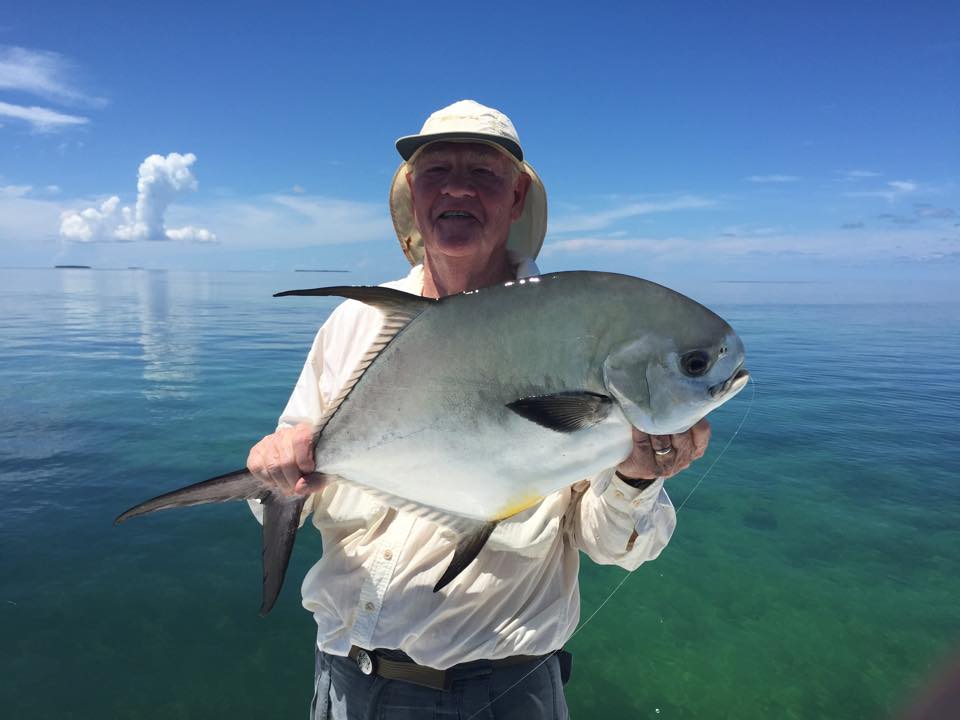 An illusive permit caught on the flats near Key West.

Harder-to-catch target species in the backcountry that we are still seeing are permit and occasional bonefish. The permit have been showing up on lower parts of the tides around the edges of the flats. The bonefish are usually not too far behind, but have been a little harder to predict. The bonefish seem to move quite a bit as where with permit, we can usually base their location by the day and the tide.

Tarpon are not typically what I am spending a lot of time on lately, as they are not very active in their non-migratory months. There are still some tarpon around in the backcountry and some of the usual spots in Key West Harbor, but it isn’t something I’ve been selling my anglers on. I would take a tarpon this time of year as a nice bonus to our day!

I have had a lot of good opportunities to fish the reef lately due to our calmer weather conditions. The lower wind speeds make it very comfortable for me to get out to the reefs in my 23 foot bay boat. I have had some good luck lately throwing surface and mid-surface lures over rock piles. Yellow tail snappers are first to the take. It is really cool seeing a bottom dwelling fish come up to the surface to eat an artificial plug, especially when they are a fish that most only bait fish for. Some of these rock piles are also good for dropping down jigs and small live baits to get mangrove snapper, mutton snapper, and groupers. A lot of life exists in these areas, and even more so since the water temperatures are dropping a hair. It is a real treat to fish the backcountry in the morning and then shoot out to the reefs mid morning to find out what else we can get into. It gives us a limitless day. 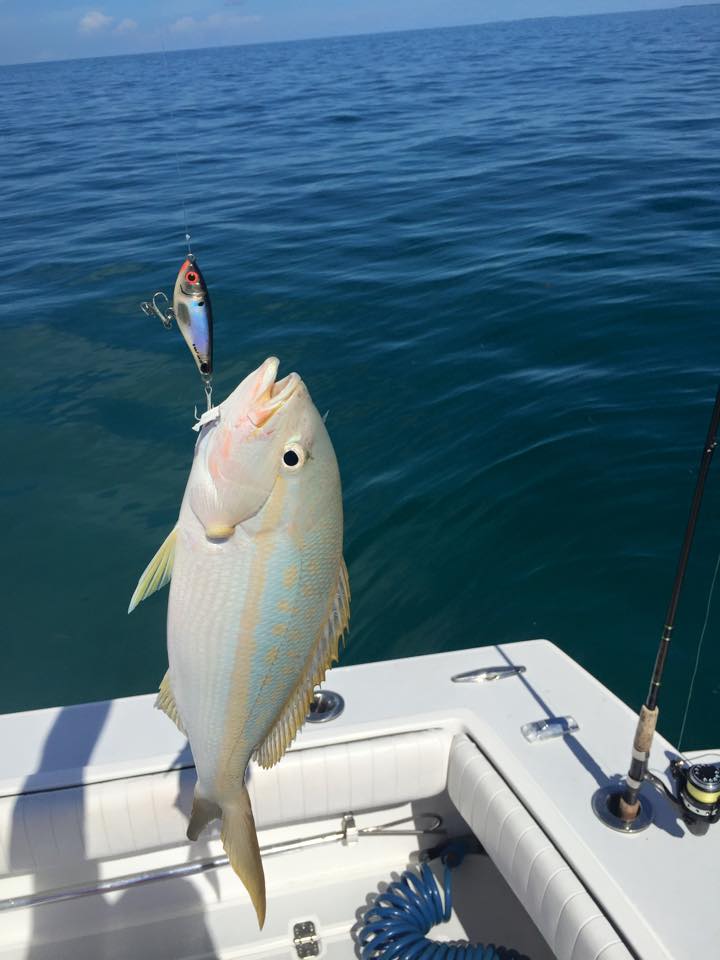 Yellowtail snapper caught at the reef on a surface lure.

A couple days ago, I had a lot of bait with me so we figured we would shoot out to a deeper wreck to see if any tunas were around. This wreck was pretty close to us, only about 3 miles, so we figured we would give it a shot. We got there and saw on the sonar that there were tons of tunas and all sorts of action mid level, so we started to chum with live baits. In about 5 minutes all the tunas you could ever ask for were at the surface feeding on our live chum. It wasn’t too long before we had a couple nice black fin tunas in the fish box.

It is a great time of year to get out on the water in Key West and experience all that our fishery has to offer this time of year. It will only get better as the weather keeps cooling off.