Tarpon fishing is on a roll!

Well, not literally on a roll that you would eat…only food for your excitement! Fishing for tarpon this past week has been incredible. More and more fish are coming through Key West on their normal migratory patterns. We are seeing big schools of tarpon with sizes ranging from 20-150 pounds rolling through our channels. The channels that lead in from the Gulf and Atlantic sides into the backcountry are producing the best action. We are also seeing fish in the middle line in between both bodies of water, appearing to be moving back and forth from both. 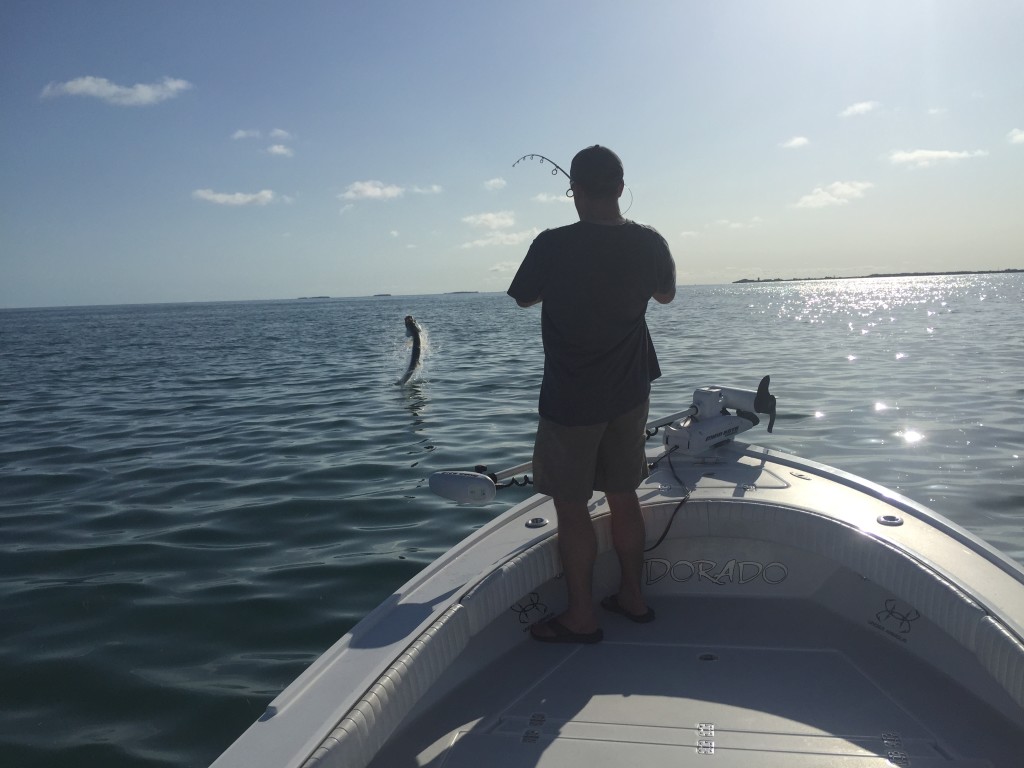 Tarpon getting some air in Key West

Best time of day to fish for tarpon?

The best time of day to fish for tarpon is the biggest concern of my anglers. Tarpon are really good in the early mornings some days, and really good later in the evenings on the others. Sometimes it is pretty consistent throughout the day as well. With it changing daily, it is hard for me to pinpoint the best possible time to fish for tarpon. I have been going out earlier in the morning and have been doing pretty well near Key West harbor. I have not been fishing the later evenings this week, but I heard that it has been good as well. The more important part to pay attention to regarding the best time for tarpon fishing is the tides. No matter what time it is, as long as you have the right tide for the location that you are fishing, typically the tarpon will follow. Some fishing spots they like the incoming tide…while some spots they prefer the outgoing.

NOW is the time to come to Key West to get your tarpon! May is the hot month for these fish as we see year after year!